It’s back to England tomorrow so just time for a last walk in the high Alpi Apuane. Everywhere you go here is dominated by the towering, 6,000 feet high, snow-dusted peak of Santa Croce. 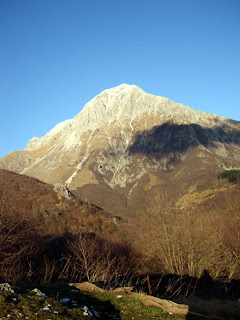 We began our walk after a good lunch in the fortified hill-top village of Pruno, which is already at around 3,000 feet. 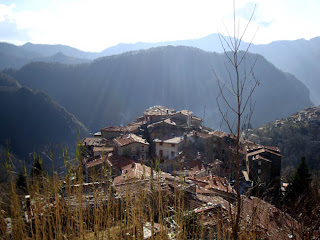 Then up into the alps using the ancient tracks made of carefully laid stone which have been used possibly since Etruscan times, to reach the summer pastures high above the villages. This is where, until the middle of the 20th century, the villagers drove their cattle, sheep, and goats to take advantage of the cooler, grass-covered slopes during the hot Tuscan summer months. 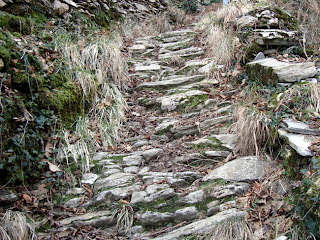 The alpine ‘caselle’ (little houses) are mostly ruined now, but some have been rebuilt as Rifugios. 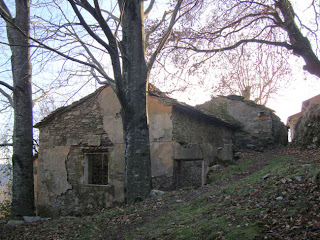 These are open during the summer (from around the 1st of May) and on holiday weekends to provide food and drink for anyone prepared to trek up here for the view. Supplies are winched up from the nearest car parking point using a pulley system. 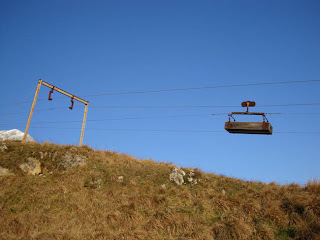 I didn’t make it above the Rifugio - just lay on the alpine slope trying to absorb as much of the warm sunlight as I could before I have to return to cold, damp England.
Labels: Alpi Apuane Italy Peralta Tuscany