Ageism in the Media 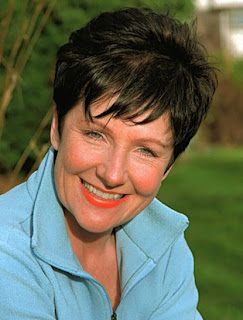 This week 53 year old TV presenter Miriam O’Reilly won a tribunal victory against the BBC for sacking her from the Countryfile programme because they had decided the programme needed a younger face. Yet John Craven, about ten years older, was allowed to continue. The BBC was found guilty of age discrimination and had to apologise. Miriam’s lawyers - both eminent women of a certain age - stated that the decision was a landmark for women working in the media.


It’s high time that this issue of age versus ability was tackled - just because someone is on the other side of 50 doesn’t mean that they are going to become suddenly incompetent. On the contrary - they have acquired knowledge and experience that simply can’t be matched by younger competitors. A recent study showed that IQ also improves as you get older. We just don’t look as pretty. And that’s where the catch is for women.

The tribunal decided that the BBC had discriminated on the grounds of age but not of sex. Which is highly debatable. The fact that John Craven wasn’t asked to leave tells us a great deal. As a woman you spend your whole life knowing that you have to be attractive to get ahead. Brains just aren’t enough. It was the middle aged woman, not the man, who had to endure comments from producers about whether her wrinkles would show up on HD television, and had she ever considered Botox?

Miriam O’Reilly’s case was only one of many. The BBC came unstuck big-time in another, less publicised way. The sacking of Moira Stewart, one of Britain’s favourite news readers (and one of the most attractive) sparked off such an outcry in 2007 that the BBC immediately set out to deliberately recruit women over 50 to read the news on News 24 in order to redress the balance. Too late for Moira. Her dismissal was blatantly sexist, given the percentage of elderly, wrinkled, news-reading men on TV - men like Jon Snow, Alaister Stewart, Trevor McDonald. Men, it seems acquire gravitas as they age, whereas women simply become ugly. Unfortunately the BBC’s response was also blatantly sexist, although I gather it’s called ‘positive discrimination’.   Like many others, I suspect, I don't want any kind of discrimination, I want to see the media represent people from all sectors of the human race - every age, colour and type. I want to see a reflection of the human race as we are rather than some glitzy representation of what media barons think we should be. 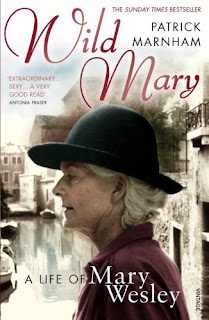 Ageism also exists in publishing. During the current economic crisis it’s older authors who are being dumped. One agent told me that publishers are looking for authors with enough time ahead of them to build a career and repay their investment. Have they forgotten Catherine Cookson? She published her first novel at 50 and didn’t have a best-seller for another decade. And what about Mary Wesley? Well on the far side of 70 at first publication and still making her publishers wealthy. And then there’s Alexander McCall Smith and the No 1 Ladies Detective Agency? And Philip Pullman?

The media - broadcast or published - had better beware. The women who came of age in the sixties and seventies - women who fuelled the feminist cause - are now reaching retirement age. And they’re still feisty, still up for a fight, still looking for a cause. Take them on at your peril!
Labels: ageism in publishing