as directed by Krzysztok Kieslowski
and Ray Harryhausen

I breathe in
in one millennium and exhale
in the next

I am walking backwards along the sand
of Island Bay
so I can trace my own footprints and, behind
the island, I can see all the way back
across the wine-dark ocean
past the ships in full sail
carrying heroines, monsters
escaped husbands and adventuring wives
to the beginning of it all:
a small old woman
knitting the whole tale
on needles made of bone

Cinema is a very interesting collection, looking at people and places through the lens of a film camera. In the poems there is the idea that ‘at the cinema, we do not think, we are thought’. Everything is manufactured, directed.  In this collection Helen says that she ‘writes about the personal using the lens of a camera and the world of cinema through unfiltered eyes’. When I asked her about this particular poem she said, 'After a humorous comment from my friend Chris (immortalised/stolen in 'Chris's life, as directed by Ken Russell'), I got interested in the idea of what it might be like if our lives were directed by film directors. The characters in [Cinema] are, to varying degrees, based on my friends, and I was aiming to explore the occupations of the different film-makers. Each one kind of opened out from there. 'Vana's life' was the last of these that I wrote. Vana lives between New Zealand and Greece, and so I tried to capture that, along with my interest in myth and feminist revisioning.'

In this poem I love the idea of walking, literally, backwards through time, my life directed by Kieslowski and Harryhausen.  Kieslowski was a Polish film director famous for the surreal Three Colors Trilogy (which I loved) and the Double Life of Veronique. Harryhausen was a special effects producer who invented 'Dynamation', a kind of stop model animation for film. 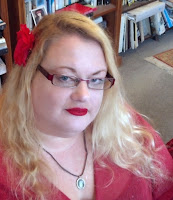 Helen Rickerby is a New Zealand poet, co-editor of Jaam and publisher of Seraph Press.  She was the recipient of a Creative New Zealand award in 2014. She blogs at Winged Ink  and her latest blog is about Alice Oswald.

The Tuesday Poets are an international group who try to post a poem every Tuesday and take it in turns to edit the main hub.  If you'd like to see what the others are posting, please click on this link to take you to the Tuesday Poem site.