Spirit heavy, uncertain knees
(once as quick to dance as young deer).

I sigh – but what’s to do?
To be ageless, strong: not possible.

Once Tithonus, so they say, was swept up by rosy-armed Dawn
taken utterly by love, to the ends of the earth,

while he was young. Yet still grey age
seized him. And, oh, his immortal wife!*

* Tithonus was married to Eos/Aurora, goddess of the dawn, who pleaded with Zeus to make Tithonus immortal, but forgot to ask for eternal youth.

I'm sharing this from Theresa Kishkan's wonderful blog where she talks about the poetry of Sappho and her dissatisfaction with a translation of a new poem by Sappho (trans by Martin West) discovered in 2005.  She read it in the TLS and her reaction was "Well, this is interesting but it doesn’t sound like Sappho to me." 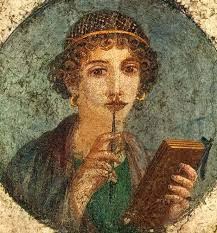 As she thought about it, Theresa found that it was the 'voice' of the poem that didn't ring true. "I realized that I missed Sappho’s plain-spoken voice. Hers was a woman’s voice, full of longing and wistfulness and occasionally envy. I thought I’d try to make a version for myself so I found the Greek online and took my lexicon to our upper sundeck — it was summer — and tried to find the Sappho I thought I knew. Bees hummed in the oregano and the sky was as blue as any sky I knew in Greece in the 1970s when I spent time there."  The poem above was the result.

Thanks to Theresa I've just discovered the wonderful translations by Anne Carson which seem to be perfect reading for a grey wet February in Europe (not far from Greece), called 'If Not Winter...'   Theresa also loves the translations by Mary Barnard, though she admits that these are "which are perhaps more true to Mary Barnard than Sappho" - the pitfall of every translator. 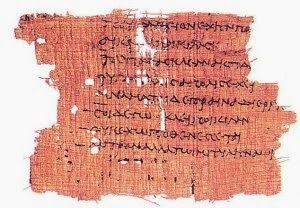 Some new fragments of Sappho's poetry have just come to light again in a papyrus 1700 years old, showing that she didn't just write about love.  These new poems are about her brothers, and have altered scholars opinions of Sappho.  You can read more here -"New Sappho Poems Set the Classical World Reeling"

Today the Tuesday Poem hub has a poem by Australian singer/songwriter and poet Joe Dolce - the intensely moving 'Dogong Moth', which inludes this stanza....


I look up from my book
accepting the immortal,
fatal dance
of life and light,
like Icarus’s father
resigned to watch
his flying boy
hurl against brilliance.

To read more visit the Tuesday Poem hub and check out what other Tuesday Poets are posting. 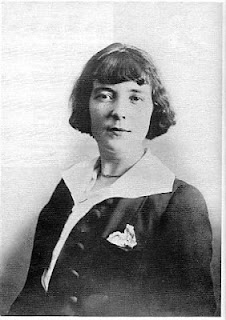