On Saturday it was 'Norman Nicholson Day' at Millom, organised by the Friends of 'Nic' (as his friends called him).  Norman Nicholson country is the 'Edgelands' of post-industrial Cumbria - a fringe of land between the hills and the sea that was once much used and abused by industry - particularly coal and iron production.  At Millom the old works have become a nature reserve, which is appropriate because Norman was a keen naturalist. The group met on the coast at Haverig and went walking along the outer sea wall built by the mining companies at Millom to protect the underwater seams of iron from inundation by the sea.  This wall was one of two they built to keep the sea out so that they could exploit seams further and further from the shore. Hodbarrow is a strange and beautiful environment - the sands of the estuary on one side and the lagoon and Lake District fells on the other.


Nature won in the end - the sea penetrated the mines - Norman's uncle was one of those who died in rock falls - and the inner sea wall subsided and collapsed.   The lagoon is now a haven to wildlife.  We saw greylag geese, plovers, oyster catchers and terns nesting and grazing.  But the star of the show is the bee orchid, which Norman famously wrote about.  One or two were just coming into blossom when we were there and difficult to photograph.  But the orchid does look rather like a bee alighting on a flower. 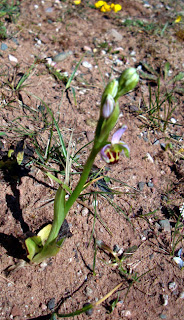 There are few relics left to show where the mines and the ironworks once blighted the landscape.  The old bases of a lighthouse and a windmill still stand - ruined stone structures that Norman used in one of his novels 'The Green Shore' as the refuge of the eccentric recluse, Anthony Pengwilly. 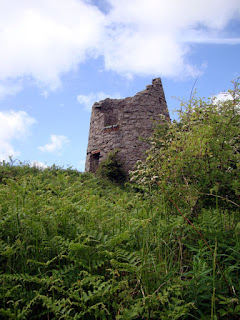 Finally we went down onto the seashore to look at one of the very first iron mines - an 'adit' that goes straight into the cliff along the lode. 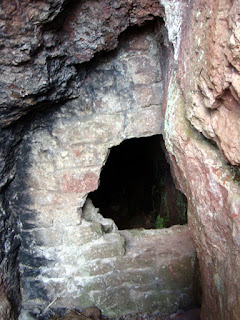 It's been bricked up at some point, but you can get through the breach. The walls inside are still stained red with the iron ore. 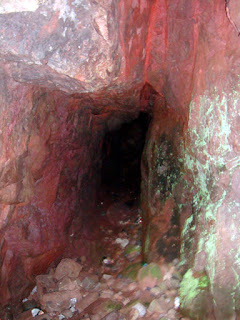 It was a beautiful day, though very windy, and it makes a great difference to the understanding of a writer's work to visit the places where they lived and wrote, walking the landscape that was the fabric of their poems and prose.

The Norman Nicholson Society can be found by clicking on the link.