Today, but for Corona Virus, we should have been celebrating the re-opening of the newly re-furbished Wordsworth Trust at Dove Cottage, as well as the National Trust’s Wordsworth House in Cockermouth. The latter was the Wordsworth family home and it was hosting an exhibition of William and Dorothy’s childhood, co-curated by Zoe Gibson, Helen Mort and myself.  Neither event can go ahead until the end of the Covid 19 crisis. Lots of other lovely events had been planned with Cumbrian writers and poets taking part in the celebration.


William Wordsworth was born on this day, 250 years ago, in the small Cumbrian town of Cockermouth at the junction of the rivers Derwent and Cocker.  His father was agent to the notorious Earl of Lonsdale, the aptly-named ‘Bad’ Earl.  William was the second child of the family.  His sister Dorothy was born a year later, on Christmas Day, and they were christened together. They were the middle children, temperamentally close and William spent much of his early years playing with his sister rather than his older brother Richard. He and Dorothy spent a lot of time beside the river that ran behind the house, forming a unique bond that was to shape both their lives.

Their mother Ann died when Dorothy was only 6 and the family was split up; the boys to boarding school in Hawkshead and Dorothy to Halifax in Yorkshire where she was fostered by her mother’s cousin.  She didn’t see her brothers again for nearly 10 years - seemingly forgotten by her father. It was a source of grief every Christmas when she celebrated her birthday and the family feast with those who, however well-loved, were strangers. 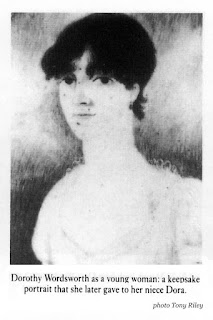 The death of their father five years later had an even more damaging effect on the siblings because it brought financial penury and the loss of the family home. Lord Lonsdale refused to pay what was owed to his agent and the house they had lived in was also in his gift. They became homeless orphans. 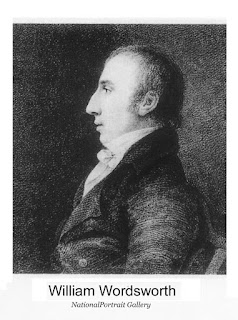 William took solace in the natural world around Hawkshead - childhood experience that produced some beautiful passages in The Prelude. Dorothy was removed from the excellent school she was attending and her fine mind had to manage as best it could in a local school for girls.  What sustained both of them was literature – they had been brought up with books, particularly poetry.

But their fragmented childhoods left a legacy for both of them. Dorothy showed early signs of nervous anxiety in her letters to friends. Spending an evening in company made her ill and, though she loved dancing, public assemblies made her so agitated that she preferred to stay at home. But she was a brilliant letter writer and a keen critic of William’s early work. William was also what might be construed as ‘highly strung’.  He suffered psychosomatic illnesses whenever he was stressed, and often when writing.  There’s a lovely sentence in one of his wife Mary’s diaries, recording that “William is hurting himself with a sonnet”.

His personality was an enigma – outwardly he showed little emotion, appearing quite serious. But inwardly he was a passionate man both emotionally and physically. The young Wordsworth was interested in abstract ideas. He travelled widely on the continent while at university and later tried (with Dorothy) to learn German so that they could read the German poets and philosophers in their original language. William fathered a child while observing the French Revolution, but abandoned the child and her mother with apparently little regret. If it weighed on his conscience he concealed it well. The fact that he asked Dorothy to convey the news of his ‘aberration’ to his family suggests moral cowardice.  Later in life he became more conservative.

The great relationships of William's life were Samuel Taylor Coleridge and Dorothy. The first was a collaboration that led to the much-maligned Lyrical Ballads – a publication that changed English poetry forever.  Dorothy became ‘the sister of my soul’ – life-long companion, critic, amanuensis, repository of experience, and keeper of the daily record of their lives that he often relied on for his poems. He even appropriated the poems she wrote, publishing them with his own, not always with enough accreditation. It was a complex relationship.  William gave Dorothy the love and security of a family and a home; she gave him herself.

Dorothy was party, with Coleridge and Wordsworth, to all the discussions behind the compilation of Lyrical Ballads – not surprising that many of the poems in it reflected “death, endurance, separation and grief”. Although Lyrical Ballads contained poems by both Coleridge and Wordsworth, the all-important Preface was written in the first person, the viewpoint of Wordsworth himself. The poetry would not contain any ‘abstract ideas’, and would be written in the ‘language of men’, it would reject ‘mechanical devices of style’, and such ‘language which Writers in metre seem to lay claim to’. It would be the language of the common man, not the high-flown diction assumed to be ‘the common inheritance of Poets’. Dorothy, on the fringes of these discussions, a writer to her very bones, must have been acutely aware that she could only be an observer.  ‘What is a Poet?’ her brother asks in the preface. ‘To whom does he address himself. . . He is a man speaking to men.’ 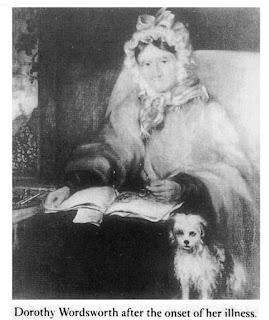 Since Wordsworth, any woman writer growing up in the Lake District, as I did, has to cope with the gigantic shadow of Wordsworth as well as the misogyny that has saturated literature and literary criticism throughout the 250 years since his birth. At least we’ve managed to get rid of the word ‘poetess’!


If you’re interested in the private lives of the Wordsworth, Coleridge and Southey families, you might like to read  A Passionate Sisterhood: The Sisters, Wives and Daughters of the Lake Poets

published by Virago, reprinted by The Book Mill 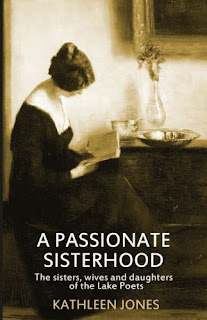