Tuesday Poem: How to be a Poet - Jo Bell and Jane Commane

This, the editors stress, is not a How-To manual about writing poetry. Instead How to be a Poet is 'a manifesto of sorts.  It is an exploration, both practically and creatively, of what it is to write poems, read poems, share poems and publish poetry.'

This handbook grew out of the famous '52' project run by Jo Bell online.  The brief was to write a poem a week for a year. The response was phenomenal and some of the resulting poems are gathered together in an anthology called '52'.  The original prompts, plus others, are included in the book.  But some of the questions that were generated by the project needed answers and Jo Bell and her editor at Nine Arches Press, the poet Jane Commane, began to put together this handbook which is, in a way, a companion to '52'.   How to be a Poet  is 'a guide to writing well' and to show 'the realities of writing poetry and being a poet in the here and now'.

It is refreshingly blunt.  No bullshit in this guide; no false hopes.  The life of a poet is hard, and if you want to be a good poet, you're going to have to toughen up your critical skills and launch yourself out into the rocky shoals of the market place.  You're going to have to read widely 'for pleasure and curiosity',  across genders and genres.  We should 'challenge ourselves constantly in our reading'.

Poets, wrote Percy Shelley, 'are the unacknowledged legislators of the world', and there are many other exalted claims for practitioners of the poetic arts.  'Inspiration' is a word that has some poets reaching for the fire extinguisher.  Jo Bell also has reservations about this 'dangerous' word: 'It makes writing sound other-worldly and mysterious - as if you have to wait for the butterfly Muse to land on the end of your nose, and jot down the ideas she brings. In fact, writing poetry is a question of observing and interrogating your own experience.' 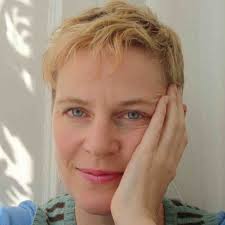 Jo de-mythologises the role of the poet and quotes William Carlos Williams, ('a poem is a machine made of words') and underlines it by saying: 'Poetry is machinery, not magic and we can understand its workings as well as a car mechanic can understand an engine'.  She goes on to demonstrate this with a close reading of Kate Clanchy's marvellous poem Patagonia (which you  can read by clicking here).

I've come to this book with a few decades of  trying to 'be a poet' behind me, two full collections and two prize-winning pamphlets, but, even for an experienced poet, there is much that is valuable, and not just for leading workshops.  A poet must never, never stop learning. There were sections I read shouting 'yes, yes', to the puzzlement of my partner.  I particularly enjoyed 'Jo Bell's Big Ruthless List for Poetry Writing', which begins, 'Get rid of cliché.  All of it',   and ends '"Good enough" isn't good enough. Keep editing until it is as good as it can be, has something to say and says it your way'.  Much more helpful than Ezra Pound's 'murder your darlings'!

There  are sections on beginning, on ending, on performing, the realities of trying to earn money from poetry.  It covers submitting your work to editors, particularly how to catch an editor's eye, and what not to do if you want to get your poem published.  Jane Commane lists several absolute no's.  You should always read the submission guide carefully and follow it faithfully.  No handwritten mss endorsed by your Aunty, no photographs, requests for feedback, a copy of your self-published pamphlet, and definitely no simultaneous submissions. If a poem is good enough to be accepted by one magazine then it's quite likely to be accepted by another and you've wasted an editor's time when you have to withdraw it.  The editor is unlikely to forget.  Jo Bell has a tried and tested, foolproof method of sending out poems to avoid the embarrassment of the simultaneous submission - a spreadsheet which is included in the book.

There's quite a lot on drafting and editing  'Words are a blunt tool with which to tackle our lived experience, but they are what we have'. Jo bravely includes the first draft of her poem Mallaig alongside the final, published version.  There are also sections written by guest poets such as Mona Arshi and Robert Peake.  Joelle Taylor has an interesting piece on 'Interrogating the Self'. 'If your poem only works for you . . . then it's probably something you should keep for yourself'.  Catharsis should never be a justification.

This is a much-needed refreshing look at the business of 'being a poet' and everyone who is or who aspires to be, should read it. Apart from all the other stuff in the book, it helps you to sustain self-belief and gives you permission to write and publish your little machines made of words.  It's easy to lose hope in the poetry wilderness.  How to be a Poet is the perfect antidote.

Labels: How to be a Poet Jane Commane Jo Bell Kate Clanchy Poetry The Tuesday Poem 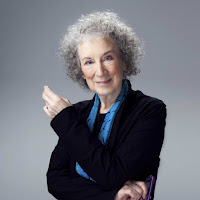