The Bureaucracy of Chaos

So much has been happening in my life I don't know where to begin.  A month ago I went to Manchester Airport at very short notice to meet a 16 year old girl who walked out of the arrivals door and into my life. She now lives in my spare room. Having a teenager in the house changes everything, particularly one who has been living in a third world country for a while and has no suitable clothing for the British winter, or an inner thermostat to cope with the plunge in temperatures. It's a while since I was a Mum and I'd forgotten the taxi service, the bank of mum and dad, the expectation of room service and the alternative body clock!  Apart from that (well, even including that!) she is a joy.


But I have had to get to grips with the bureaucracy of the Welfare State, which - I have to tell you - is mis-named. Welfare it is not.  There are forms for everything - most of them pages long.  The telephone helplines are interminable and expensive.  The jargon is impenetrable and the Citizen's Advice Bureau totally unable to cope with the demand from tired, frustrated, and often distressed, people.  At 16, if you can't live with your parents and they aren't willing to support you,  you fall between two categories - you're too old to be taken into care, but you don't automatically get any state support.  I'm beginning to realise why so many young people are sleeping rough.  There also appears to be no system whereby grandparents can be supported if they are bringing up grandchildren.  There are so many caveats and exemptions from the help that is available I wonder whether there is anyone actually receiving it.

The real killer is the legislation that has been brought in to prevent immigrants from receiving any state help for several months after they arrive in the uk (are refugees supposed to just starve for 13 weeks - plus the 6 weeks it takes to process the application?)   And it is quite a surprise to discover that an under-age British Citizen, a child of British Citizens, who has spent time abroad with one parent, is treated as an immigrant on arrival back in the UK.

She is now attending college, studying art and hoping to gain some of the GCSE's she missed out on. Live is very full and certainly lively!  I'm hoping to get back to some normal working routine shortly.  Life at the Mill is never dull!


This post is published with the full permission of The Girl!  Many thanks. 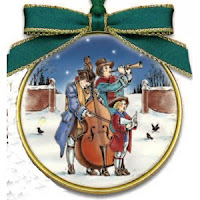