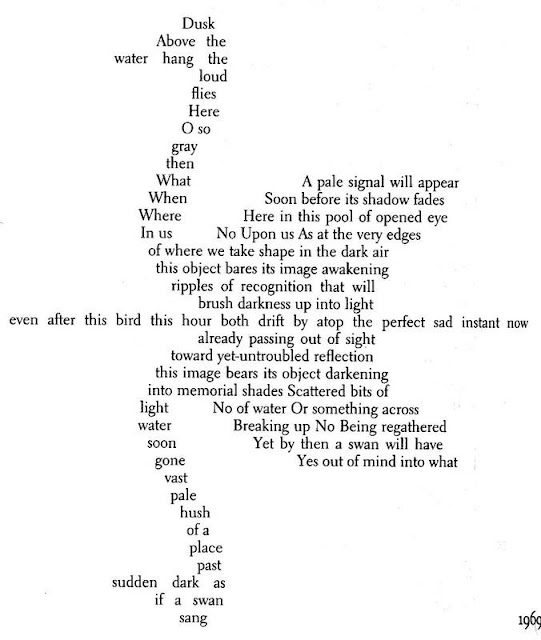 The Swan by John Hollander


Concrete poetry has been around for a long time (remember George Herbert's 'Angel's Wings' in English class?), but it was really popular in the sixties and seventies.  Some of it was not very good, but I love this poem by John Hollander, which works both as image and poem.  It was published in 1969.  I'd forgotten it until someone shared it on Facebook a few weeks ago - thank you!


John Hollander was an American poet (he died in 2013), professor of English at Yale.  Although he made poems like this occasionally, he was most interested in oral poetry.  He wrote that 'A good poem satisfies the ear. It creates a story or picture that grabs you, informs you and entertains you.’ He has a staggering number of publications on record.

And here's  the very clever 'Kitty Black', as a bonus poem!