When in the sun the hot red acres smoulder,
Down where the sweating gang its labour plies,
A girl flings down her hoe, and from her shoulder
Unslings her child tormented by the flies.

She takes him to a ring of shadow pooled
By thorn-trees: purpled with the blood of ticks,
While her sharp nails, in slow caresses ruled,
Prowl through his hair with sharp electric clicks,

His sleepy mouth, plugged by the heavy nipple,
Tugs like a puppy, grunting as he feeds:
Through his frail nerves her own deep languors ripple
Like a broad river sighing through its reeds.

Yet in that drowsy stream his flesh imbibes
An old unquenched unsmotherable heat—
The curbed ferocity of beaten tribes,
The sullen dignity of their defeat.

Her body looms above him like a hill
Within whose shade a village lies at rest,
Or the first cloud so terrible and still
That bears the coming harvest in its breast.

Roy Campbell
Adamastor
1930 Faber and Faber
The South African poet, Roy Campbell, isn't much read these days, which is a pity.  TS Eliot thought he was one of the best of the poets to emerge between the wars. I find his work very powerful - like Dylan Thomas, he sometimes seems drunk with words and rhythms and a passion I personally find intoxicating.  He was also, like Dylan Thomas, a bit of a hell-raiser (they once tried to out-drink each other), apologising to his wife in poetry - describing her as a woman who had been 'through all earthly treasons true' - though that poem was written in 1929 before he found out about her own indiscretions!  Roy, in his life, out-played that by-word for swash-buckling - Ernest Hemingway. But, after his support for Franco in the Spanish Civil War, Roy Campbell was quietly 'blacklisted' in the conservative literary community. Fascism was dangerously out of fashion.

He was also at swords-drawn with the Bloomsbury Group who he referred to as 'Bloodless parasites' and condemned them as a literary elite who harmed the development of literature.  The fact that his wife had a passionate affair with Vita Sackville West sealed their fate and he published a lively satire called the Georgiad full of vindictive rage. 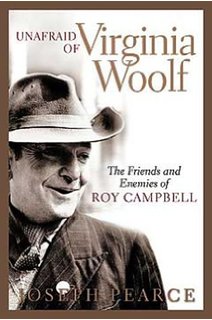 In other spheres he used his satirical gifts to great effect.  On contemporary South African novelists, and their failure to get to grips with the realities of the political situation there, he wrote:
'You praise the firm restraint with which they write -
I'm with you there, of course:
They use the snaffle and the curb all right,
But where's the bloody horse?'

In Zulu Girl there's a sense of brooding horror about to be unleashed.  It's a warning that is not only prescient of  twentieth century South African history, but has a warning for us too.  We're leaving Syrian and Iraqi children to starve in refugee camps in acres of mud without facilities, having closed the doors on their parents.  How will they regard us when they grow up?  What consequences are we so blindly creating for the future?  There is no ambiguity in our situation - it  is 'the first cloud so terrible and still' of the approaching storm, 'that bears the coming harvest in its breast'.

Roy Campbell was killed in a car crash in 1957 aged fifty five. 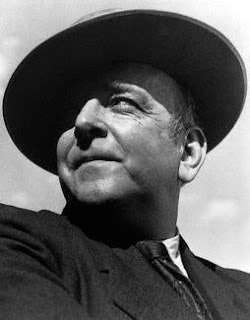