On Sunday I'm going to be in London for the Greenpeace 'March of the Polar Bears'.  Not so much Save the Arctic this time, more Save the World.  The March is part of a coordinated campaign in major cities all over the planet to make politicians aware of the gravity of the situation before the Climate Summit in Paris which begins next week.

I'm doing this because I'm increasingly concerned that the issue of climate change is going to be overshadowed by the Syrian crisis and discussion of whether or not we should  bomb the hell out of various middle eastern locations. The climate issue is of the utmost importance - being the catalyst for conflict all over the world and the biggest threat to our national security.  Most of the so-called 'economic migrants' from African countries are leaving because they are being starved out by extreme weather events and brutally treated by armed militias who take advantage of the fragile situation to create conflict so that they can seize 'power'. There's always money for guns. Southern Africa is experiencing a particularly bad drought at the moment - and in the north, Somalia, Ethiopia, Sudan and Eritrea are being badly affected by climate events. Poor countries (often with corrupt regimes) don't have the resources to cope with the displacement and need that climate catastrophe creates.

In Syria, climate change was the flash point for the uprising against Assad, where severe drought caused mass migration from farms to the cities. Among the homeless and jobless, protests against the government began to escalate and disaffected people were fertile ground for recruitment to what we now regard in blanket terms as 'terrorist' groups. Not all the groups fighting against Assad are Daesh - it's very complicated.

So climate change leads to conflict over scarce resources and the mass migration of hungry people. You can't bomb your way out of this.  Scientists tell us that this year we pass the red danger line of 400 mgms of carbon dioxide in the atmosphere and that global warming (the average) is already heading for 2 degrees (already passed in some places).  So the refugee crisis we're seeing from the Middle East and Africa is only a fraction of the displacement we are likely to see in the next decade. Does that scare you?  It does me. But there is still time to act.  I want the government to know that I care, passionately about the future of my children and grandchildren.

That's why I'll be standing on a street in London on Sunday morning with my placard, in the rain, just one small person trying to stand up for what I believe in. 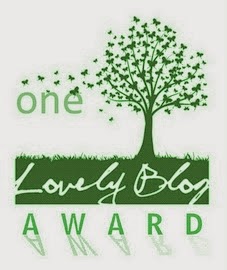