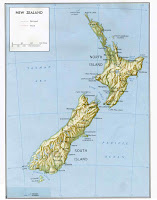 
From the other side of the world,
From a little island cradled in the giant sea bosom,
From a little land with no history,
(Making its own history, slowly and clumsily
Piecing together this and that, finding the pattern, solving the problem,
Like a child with a box of bricks),
I, a woman, with the taint of the pioneer in my blood,
Full of a youthful strength that wars with itself and is lawless,
I sing your praises, Magnificent warrior; I proclaim your triumphant battle.

This is from a poem that Katherine wrote to the Polish poet Stanislaw Wyspianski, when she was only 21. Her hymn of praise to the poet became an elegy for her birth country - she wrote most of it while in Germany after her baby was born prematurely and died. I think she was probably homesick.  She wrote the poem in the style of Walt Whitman, with long, declamatory lines and a lyrical rhythm.  It was translated into Polish by her lover Floryan Sobienowski and published in Poland.