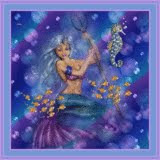 I was recently nominated for the Kreativ Blogger Award by two people on my network of blogs - best-selling novelist Wendy Robertson at Life Twice Tasted and about-to-be-published novelist Al at Publish or Perish, and have to say I was very flattered that they liked my blog enough to want to give it a KBA. But it got me thinking about what this award was and where it originated (given the Kreativ spelling - probably America!). Then I was nominated again for a Splash Award, for alluring, amusing, bewitching, impressive, and inspiring blogs.

The rules are that you have to thank the person who nominated you (thank you both), link to their blog, then nominate seven (nine in the case of Splash) other bloggers you like and create a link to them - and they in turn have to thank you, link to your blog and then nominate seven/nine other bloggers ......... A bit like a circular letter - which I always bin if I ever receive them. So, being a bit of an information junkie, I got on the internet and started looking around.

It seems that these are Memes. Memes have a pretty impressive CV - they are originally 'a postulated unit or element of cultural ideas, symbols or practices, and are transmitted from one mind to another through speech, gestures, rituals, or other imitable phenomena. The etymology of the term relates to the Greek word mimema (mimesis, mimetics) for "something imitated".' Richard Dawkins used the term scientifically in The Selfish Gene to refer to 'evolutionary principles in explaining the spread of ideas and cultural phenomena' - these could include all the elements of popular culture tunes, catch-phrases, beliefs, and fashion as well as developments in technology.

Blogs use Memes a lot because they create millions of links. If Al nominated seven people and they all nominated seven people - that's 50 blogs all linked together. Maths has never been my strong point (I'm congenitally innumerate) but if those other 49 people all nominate 7 people .......... You can see that within a very short space of time a large portion of the blogosphere will be magically connected. I find it utterly mind-blowing to think of having connections with so many people I've never met and probably never will meet, out there in that fourth dimension we all inhabit so casually - cyberspace. In fact, I'm not sure I can cope with it!

Another, less attractive, feature of the KBA is that you have to mention 7 interesting things about yourself. Now that is HARD! But I have travelled to some interesting places, so maybe people might be interested in some of the bizarre things that have happened to me ......
Seven/Nine Interesting Blogs

There are some wonderful blogs out there and I'm deliberately not nominating some of the ones that I follow and love - being true to the Meme, I'm going to name some new ones I've just found that I think deserve a second glance. But, sorry to disappoint my nominees, I won't be passing on the responsibilities, because of my strong feelings about circular letters and the feelings of obligation they impose. If anyone wants to join in for fun - they can!

1. First 'The Crabbit Old Bat's complete guide to getting published' - an essential site for new authors whose content will also resonate for the not-so-new. I particularly liked Nicola Morgan's covering letter to a publisher!
www.helpineedapublisher.blogspot.com/

2. Emma Darwin's blog 'This Itch of Writing' at
www.emmadarwin.typepad.com

3. 'Icebus' a blog by a poet - Jonathan Wonham - who has moved to Norway - some beautiful writing, scenery and poetry at
www.icebus.blogspot.com

4. Judy Darley gets a vote because she's trying very hard to get a website 'Essential Writers' off the ground - a network of blogs and helpful sites for writers just starting out. She's discovering that there are lots of pitfalls with such an enterprise and needs all the support she can get. Her own blog is at www.judy.essentialwriters.com

5. Then there's Tim Jones at 'Books in the Trees', down under in New Zealand. He's a poet and author and his site is dedicated to new magazines and publishing outlets (international) as well as reviews and news on the publishing scene down under. There's also poetry and some good links.
www.timjonesbooks.blogspot.com/

6. Then there's the adventures of author Candy Gourlay, called 'Notes from the Slushpile' at
www.notesfromtheslushpile.co.uk/

Hopefully everyone will find something that they like here!